Wrecks of ships that contained high amounts of oil when they sank are environmental timebombs, as the stored oil will escape the tanks once the hull have been sufficiently corroded.

The Swedish authorities have identified 31 such wrecks in their waters and have begun to look for ways to disarm these timebombs before the oil these wrecks hold begin to spill out and create an environmental disaster.

In late august, Bunker One supported the operation to sanitize one of these oil-containing wrecks, that of the M/T Lindesnäs, with their expertise in oil handling and hot tapping.

The risks of an eroding M/T Lindesnäs

On the 17th of April 1957 the M/T Lindesnäs, with its navigation limited by heavy snowfalls, passed the wrong side of a lighthouse in the Baltic Sea off the coast of Sweden.

This mistake proved fatal for the vessel, as it became grounded. All 20 of the crewmembers where able to escape in the lifeboats, but the M/T Lindesnäs sank to a depth of 70 meters with its 1732m3 jet fuel and 50-100m3 marine diesel oil.

Here it waited for 62 years with its hull slowly eroding and the risk of an oil spill growing day by day. Fortunately, the crisis was avoided with a team effort from the JD Contractor, Bunker One, the Swedish authorities, SDK, Uni-Tankers and Unioil Supply.

This disarming operation was achieved by a combination of specialized divers and remote-controlled underwater vehicles, which enabled a “hot tap” drilling into the tanks of the M/T Lindesnäs. This method ensured that the pumps could begin emptying the tanks almost immediately and avoid any oil spill in surrounding ocean.

Drilling hot taps and pumping oil under such conditions presents some demanding and unique challenges. It was these challenges that Bunker One assisted the diving company with, drawing on our expertise within technical solutions and oil handling.

The operation was a success as the wreck of the M/T Lindesnäs is no longer considered an environmental threat. The recovered oil will be recycled for future use.

We are proud to be part of such crucial work to prevent environmental disasters and we look forward to future operations where our knowledge and experience can contribute to such a worthwhile cause. 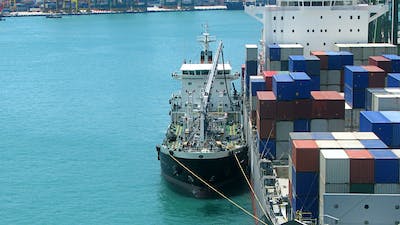 Bunker One sets its sights on East Africa

Bunker One announces today that the company will expand its footprint in Africa with a new physical supply operation in Port Louis, Mauritius, giving ships access to bunkering while staying within the main maritime trade routes . 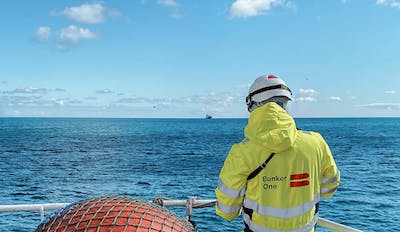 Bunker One to supply Danish Molslinjen with HVO biodiesel

Bunker One will supply Molslinjen’s ferry link Fanølinjen, with fossil-free HVO biodiesel. The new partnership will entail a reduction of CO2 emissions by up to 90 percent. 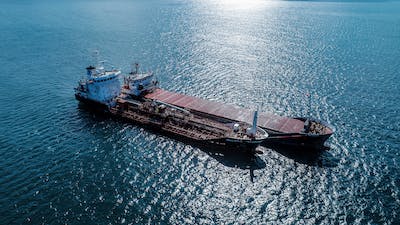 Bunker One sustains momentum and announces an increase in market share 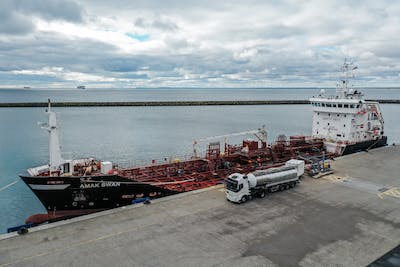